Brigadier General (Retired) Guy Walsh currently serves as the inaugural Executive Director of the National Security Collaboration Center (NSCC) at the University of Texas at San Antonio. In his role as NSCC Executive Director, he leads a consortium of diverse government, industry and academic partners working together on collaborative solutions to the nation's most difficult issues of national security and global defense.  Formerly, Walsh served as Technical Advisor to the Deputy Commander of U.S. Cyber Command (CYBERCOM) at Fort Meade, MD. In addition to directing Joint Cyber Test efforts with the Office of the Secretary of Defense (OSD) and Army Test and Evaluation Command, he served as senior manager for the CYBERCOM Guard and Reserve Directorate. He worked with OSD, service components, and the National Guard Bureau in the development of strategy and policy for Reserve Component support to U.S. Cyber Command. Prior to this current position, Walsh served as the CYBERCOM J-3 lead for Strategic Initiatives. In this role, he acted as the principal advisor to the CYBERCOM Director of Operations on Readiness and Training and the development of Reserve Component cyber capability. Walsh served a distinguished career of 31 years of military service with the US Air Force. 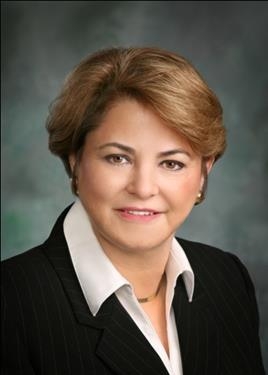 Dr. Michelle Atchison serves as the Director of Federal Relations based in Washington DC and leads relations for the University of Texas System with the Department of Defense, focusing on research and collaborative opportunities.  Her responsibilities include developing strategies, research partnerships, and formal agreement opportunities. Dr. Michelle Atchison held an appointment as the Federal Partners Group Chief for the Mission Integration Directorate within the National Counterintelligence and Security Center under the Office of the Direction of National Intelligence.  Prior to joining UTSA, Dr. Atchison served as the University of Texas System as the Associate Vice Chancellor for Federal Relations for National Security.

Before joining the UT System, Michelle served in leadership positions with Lockheed Martin Corporation and the Military.   In her corporate roles, Michelle led Strategic Partnership Development for Lockheed Martin Advanced Technology Laboratories and Washington Operations focused on accelerating technology transition efforts.  In her technical role she lead for the Corporate Technical Investment Program (LMTIP); developed and lead for the CET Research Portal to support integration and coordination of Internal R&D efforts across major corporate business areas; and served as the Chief Scientist for the Lockheed Martin Center for Innovation, the Corporation’s premier Experimentation and Modeling-Simulation.

In her military roles, Michelle served for 27 years in a variety of military command and senior staff positions including: Chief, Science and Technology (S&T) Division, USJFCOM Experimentation; Chief Scientist for Air Force Experimentation Office and Science Advisor for the Air Force Command and Control, Intelligence, Surveillance and Reconnaissance Center.  Michelle established and managed multi-Service teams to support strategic and industrial plans to identify technology work among Services, DOD, Government agencies and commercial efforts.  Her military technical projects included: building the front-end analysis of concept development - adopted by NATO partners as their program template;  the Military coordinator for the Congressionally-sponsored Scientist and Technology Conference; Technology Panel Chairman for the NATO Conference on Concept Development and Experimentation; and functioning as the DoD representative to the multinational Study on Warfighting and Technology sponsored by US Center for Research and Education in Strategy and Technology (USCREST). 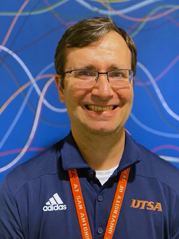 Dr. John Huggins currently serves as the Technology Officer of the National Security Collaboration Center (NSCC) at the University of Texas at San Antonio (UTSA), leading the center’s technical research thrusts including cybersecurity, electromagnetic spectrum operations, and artificial intelligence/machine learning.  He has over twenty years of research and operational experience with Department of Defense and other Federal programs, including as a Principal Research Engineer at Georgia Tech Research Institute (GTRI), and as a U.S. Naval Flight Officer.

During his employment at GTRI, Dr. Huggins led a systems engineering research focused branch, and directed research and technical activities in support of multiple Federal sponsors.  Prior to his employment at GTRI, Dr. Huggins served as a Naval Flight Officer flying in the EA-6B Prowler and the EA-18G Growler aircraft, and led personnel in execution of their duties ranging from aircraft maintenance to flight test.  In addition, he graduated from the U.S. Naval Test Pilot School. 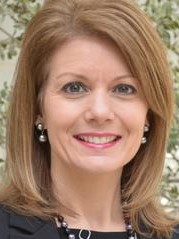 Ms. Manning earned her B.B.A. in Accounting from Texas A&M University in 1990 and is a Certified Financial Research Administrator. She began her career in higher education as a post-award research administrator with the Texas A&M Research Foundation and spent several years with the Texas Engineering Experiment Station in contract negotiation and administration. Ms. Manning also worked six years for The A&M University System Office of Budgets and Accounting as a senior accountant preparing a variety of state and federal financial reports, overseeing grants administration, and providing system-wide training of fiscal policies and procedures.

She joined UTSA’s Office of Research in 2006 after spending fourteen years serving the Texas A&M community. Ms. Manning was UTSA’s first research contract negotiator responsible for the negotiation of all sponsored contracts, agreements and subcontracts with various federal, state and private entities, including MOU’s, MOA’s, Material Transfer Agreements, Non-Disclosure Agreement’s, Teaming Agreements and Consortia Agreements. Her extensive financial and accounting background enabled her to move into the VP’s office as its Director for Finance and then Assistant Vice President for Research Finance and Operations. Ms. Manning has led many diverse teams including Research Finance, Grants and Contracts Financial Services, Quality Assurance and Risk Management, Research Infrastructure Support and the Research Computing and Business Intelligence units. She also served as UTSA’s representative on the UT System Research Core Governance Committee. 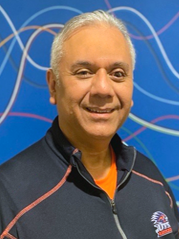 Richard Rodriguez currently serves as the Director of Partnership Development for the National Security Collaboration Center (NSCC) at the University of Texas at San Antonio (UTSA). As director, he liaisons with NSCC ecosystem members to develop sponsored research projects, workforce opportunities and educational initiaitives supporting student success. Richard is certified in ITIL-4 Foundation for IT Service Management (ITSM). He earned his Bachelor of Science in Electronic Engineering Technology from Texas A&M University, College Station and a Master of Science in Data Analytics at the UTSA. He is enrolled in the Ph.D. IT Artificial Intelligence program at UTSA.

Richard is a member of the IEEE Computational Intelligence Society and a member of the Association for University Technology Managers (AUTM). He is the founder and immediate past-president of Alamo Inventors Inc. (501c3) and current director of its Artificial Intelligence Special Interest Group. His independent research interest involves multi-modal artificial intelligence and machine learning (AI/ML) for Human to Machine Interface (HMI), computer vision system integration and Natural Language Processing (NLP).

Prior to his appointment at the NSCC, Mr. Rodriguez was Director of Information Management and Technology at the UTSA College of Education and Human Development charged with directing the Information Technology, Communications, and Instructional Technology groups. He designed the college's Digital Transformation Learning Labs to support pedagogical research, distance learning, short-video production techniques, augmented and virtual reality teaching, and network data analysis.

Prior to UTSA, he held an appointment at the UT Health Science Center at San Antonio (UTHSCSA) as the Technology Analyst and Licensing Assistant in the South Texas Technology Management office, a tech transfer and commercialization initiative supporting academic research for UTSA, UTHSCSA, and UT Rio Grande Valley. 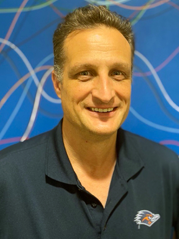 Colonel (Ret.) Charles R. Cosnowski is the Research lead for the National Security Collaboration Center where he leads/manages the portfolio of research projects across the academic departments at UTSA, mainly in the areas of Computer Science and Cybersecurity.

Prior to his time at the JEWC, Colonel Cosnowski, served in various Joint and Air Force units at the tactical, operational, and strategic levels. He is a command pilot with over 1800 hours, including 200 hours of combat time, in the F-16, F-117, T-38, and MQ-1 and was a graduate of and instructor at the United States Air Force Weapons School (USAFWS).